Trial & Appellate Lawyer
Connect with me

I’m not one of those people who always knew that they wanted to be an attorney. After graduating from the University of Oklahoma with a degree in psychology, I still had no idea what I wanted to do for the rest of my life. So I did what I do best: I went on an adventure. I decided to take a year off, develop my passions and move to New York. While in New York, I sat in on a law school class with a friend of mine. It struck a chord and my passion for law began. I started studying for the LSAT and eventually started law school at Touro Law School.

My three years in law school were some of the best times of my life, not only because of my amazing teachers and lifelong friendships but because it developed a sense of wonder in me and changed my way of thinking about complex issues. But despite all its teachings, when I graduated from law school I had the same issue I had after undergrad. I had no idea what type of law I wanted to practice. They were all so fascinating - how could I choose just one! Luckily, the practice of family law found me, as I was offered a position at a high-end boutique law firm on Long Island that practiced exclusively family law.

Starting my career in New York was not easy. New York judges are tough and my colleagues, mostly older men, were not always welcoming. But those years gave me a strength that I carry with me today. It also taught me professionalism, reverence, and respect, not just for my colleagues and the judges I practice in front of, but for the institution itself. Unfortunately, many attorneys these days seem to lack that appreciation for the work we do.

I would be lying if I said that family law is the only type of law I have ever wanted to practice. I returned to Oklahoma in 2014 with my gal pal Riley Marie (an overweight, independent Shiba Inu) following my divorce. After going through the breakup of my own marriage, I wasn’t sure I wanted to practice family law anymore, so I decided to try something new. I worked at a personal injury law firm for about a year, only to realize it was not for me. I missed family law -- not something many other attorneys would say! That year was a blessing, as it not only allowed me to heal, but it allowed me to realize my true calling - where I had been all along.

Since returning to the practice of family law in 2015, I have worked diligently to hone my litigation and writing skills by attending multiple national training conferences, including hands-on training for complex divorce issues such as business valuations. I recently became certified as a mediator for the American Academy of Matrimonial Lawyers. I have a true passion for family law, and I recognize the difficulty each one of my clients faces when they are in need of my services. Family conflicts are some of the most difficult things a person can go through. My goal is to ease my client’s burden by treating them with respect and having honest conversations with them regarding the issues in their case. 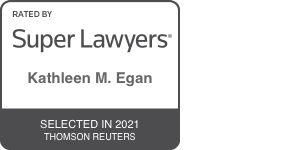