How to Answer Bad Questions 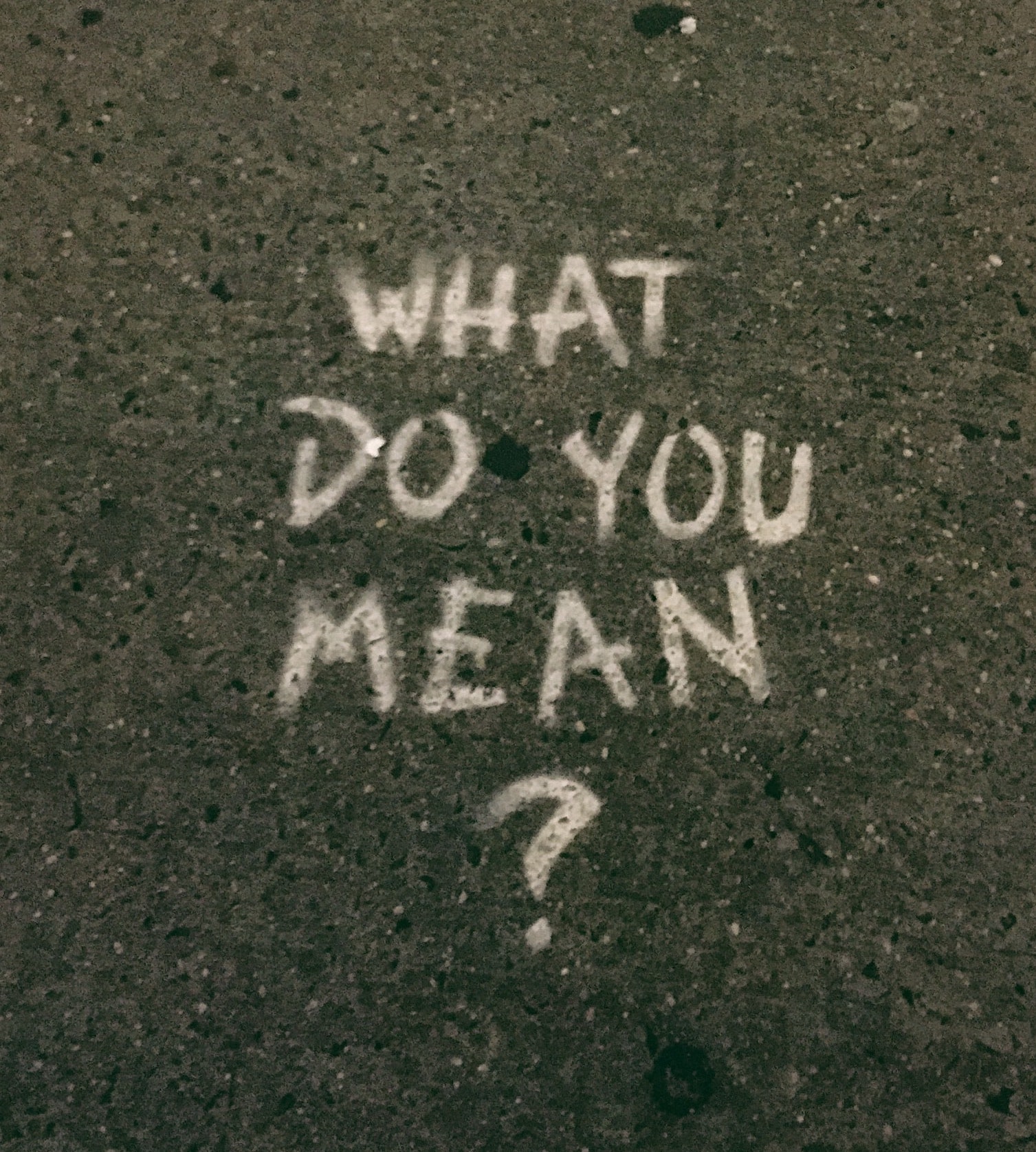 Trials involve witness testimony from a question-and-answer format. There is usually only one trial for a given case. Due to time constraints and other factors, time in the courtroom seems to move faster than usual. Witnesses may have minimal ability to correct an accidental misstatement.

A logical fallacy is an argument or idea that contains partial truth, but its conclusion is wrong. A cognitive bias is an error in human thinking that affects judgment. We are all susceptible to logical fallacies and cognitive biases. Some lawyers build their entire cases around fallacies and biases and try to get witnesses, judges, and juries to buy into these errors so they can win.

If you are testifying as a witness in any capacity, you will be testifying under oath, and everything you say must be the truth and based on what you know. You need to be aware of the most common logical fallacies to avoid being tricked into saying something that is not true or that you do not know.

If you have the flu, then you'll have a fever. True.

You had a fever. True.

That means you had the flu. False.

If the car is out of gas, the car won't run. True.

That means the car was out of gas. False.

You told him to call you if he got home before 9 pm. True.

He called you. True.

That means he got home before 9 pm. False.

The key is to take each question at face value without regard to the previous questions. Lawyers who use this trick will not easily give up, so if you say "No" to that final, conclusory question, they will go back and re-ask the previous questions that were true as if you don't "get it." They will even ask other questions which are true, as if by asking about things that are true, they can make a false assertion true. Don't buy it. If you are not sure, think about their conclusory question as if it's not true to see if it checks out that way. Using the examples above: Does every fever mean they had the flu? No. If a car doesn't run, does it mean it was a fuel-related issue? No. If someone calls someone else, does it mean they were home before 9 pm? No.

Another fallacy is called "black-or-white." This is when a lawyer presents only two options as an answer when there are more possible answers. Examples:

If you don't pay child support, you don't love your child.

Spouses who stay at home simply don't want to work.

If you didn't call the police, then nothing bad happened.

False dilemma questions are often presented as "yes or no" questions. You should not agree to a false dilemma if the answer is no or if there are other alternative answers.

A false analogy inaccurately compares two things as completely related when they may only be somewhat related.

Investing in the stock market is the same thing as playing a slot machine.

Students who don't sleep long enough have bad grades, so good grades mean you slept a lot and sleeping longer means you will make good grades.

People who can't go without coffee are the same as alcoholics.

Many false analogies are obvious, but some lawyers will use things that seem very closely related. You must listen carefully to the question and think about it before agreeing to an analogy.

A straw man fallacy is when you testify, and the lawyer exaggerates what you said and then argues against the distorted, exaggerated statement instead of what you said. For example, if you testify that you are concerned about a child being tardy or absent 30 times in a semester, a lawyer might scoff and say, "So you're saying that if a parent brings a child late, then they're a bad parent?" The lawyer will mischaracterize what you said and treat it as absurd when that is not what you said. You should not agree with their misstatement; instead, you should answer, "No, that is not what I said." If you do not agree with their mischaracterization, the difference between what you said and what they claim you said will be apparent.

Lawyers will sometimes ask witnesses, judges, and juries to accept something as true because of missing information.

No one ever complained, so he must have been a good employee

His name wasn't on the sign-in sheet, so he couldn't have been there

There's no photo of what the house looked like, so it must have been clean

An appeal to ignorance is an attempt to make someone prove that something is not true, without any evidence, rather than using facts to support something. Put another way; it is an improper attempt to shift the burden of proof or an effort to impose an impossible burden of proving that something didn't happen. Sometimes, lawyers will refuse to produce information in discovery. They will try to obtain a favorable presumption for their client at trial by the absence of the evidence that they should have produced. An extreme example is a drug user who will not take a requested drug test but cries, "There's no proof!" in the courtroom. The answer to an appeal to ignorance is always, "Not necessarily." With the correct setup, judges and juries can make adverse inferences against people who hide evidence.

There are a few legal settings where an appeal to ignorance is legitimate. Due to the presumption of innocence and the "beyond a reasonable doubt" burden of proof in criminal cases, it is appropriate and proper for criminal defense attorneys to exercise an appeal to ignorance when the government has not met its burden of proof for at least one element of the charged offense. And one of the exceptions to the rule against hearsay is when a public record does not show an entry demonstrating that a matter occurred or existed.

Another common tactic by lawyers is to make bad inferences or conclusions. Examples:

He was arrested, so he must have done it

There was no arrest, so nothing must have happened

There are a number of ways that questionable cause fallacies may be presented, but they are similar to the other fallacies in that they require impermissible assumptions about correlation and causation, which are not necessarily true.

Shifting the issue is also known as the "red herring" fallacy, and it involves changing the subject slightly to avoid talking about the real issues in the case. This is when a lawyer talks about something that seems somewhat related to the case and is true but that is irrelevant to the ultimate issue in dispute. For example, in a divorce case involving financial fraud, the lawyer defending the fraudster may say things like, "They both had too much credit card debt," or, "They both displayed poor judgment," or "He worked 50 hours a week." All of those things may be true, but they don't have anything to do with fraud. Lawyers who shift the issue can often talk for hours about things that are all technically true but have nothing to do with the facts in dispute at the trial. An exercise of the red herring fallacy is a complete waste of time and generally requires the judge to intervene to make it stop.

Attacking the person is also called "ad hominem." This happens when a lawyer improperly attacks the person or some aspect of the person making an argument rather than addressing the merits of the argument. An example would be to suggest that because someone was arrested for a DUI in their past, they shouldn't be believed as a witness. Ad hominem attacks are against most trial rules, but many lawyers try to use this tactic to avoid acknowledging the truth of their opponent's position.

How to Handle These Types of Questions (Take Your Time)

Most courtrooms don't have clocks on the walls, and it is hard to tell how much time has passed. If you get in a hurry to answer questions, you will be more susceptible to a lawyer employing bad questions to manipulate your testimony. View your testimony as an endurance contest. Do not get in a rush. Listen to each question independently and consider it for its truth. Being aware of these logical fallacies and how to answer those questions will empower you to give honest answers.

This blog is related to our work on How to Testify Well. The bad types of questions identified here must be contrasted against tough questions which may be unpleasant or undesirable, yet they are legitimate questions about facts at issue. For example, a witness may be asked questions about misconduct, such as abuse or neglect, and the witness will have to answer the questions or invoke their 5th Amendment privilege against self-incrimination. Just because you don't like a question doesn't mean you don't have to answer it. You must recognize the difference between a legitimate question concerning what you may know versus the logical fallacies and tricks that are not true.