How Can They Do That? 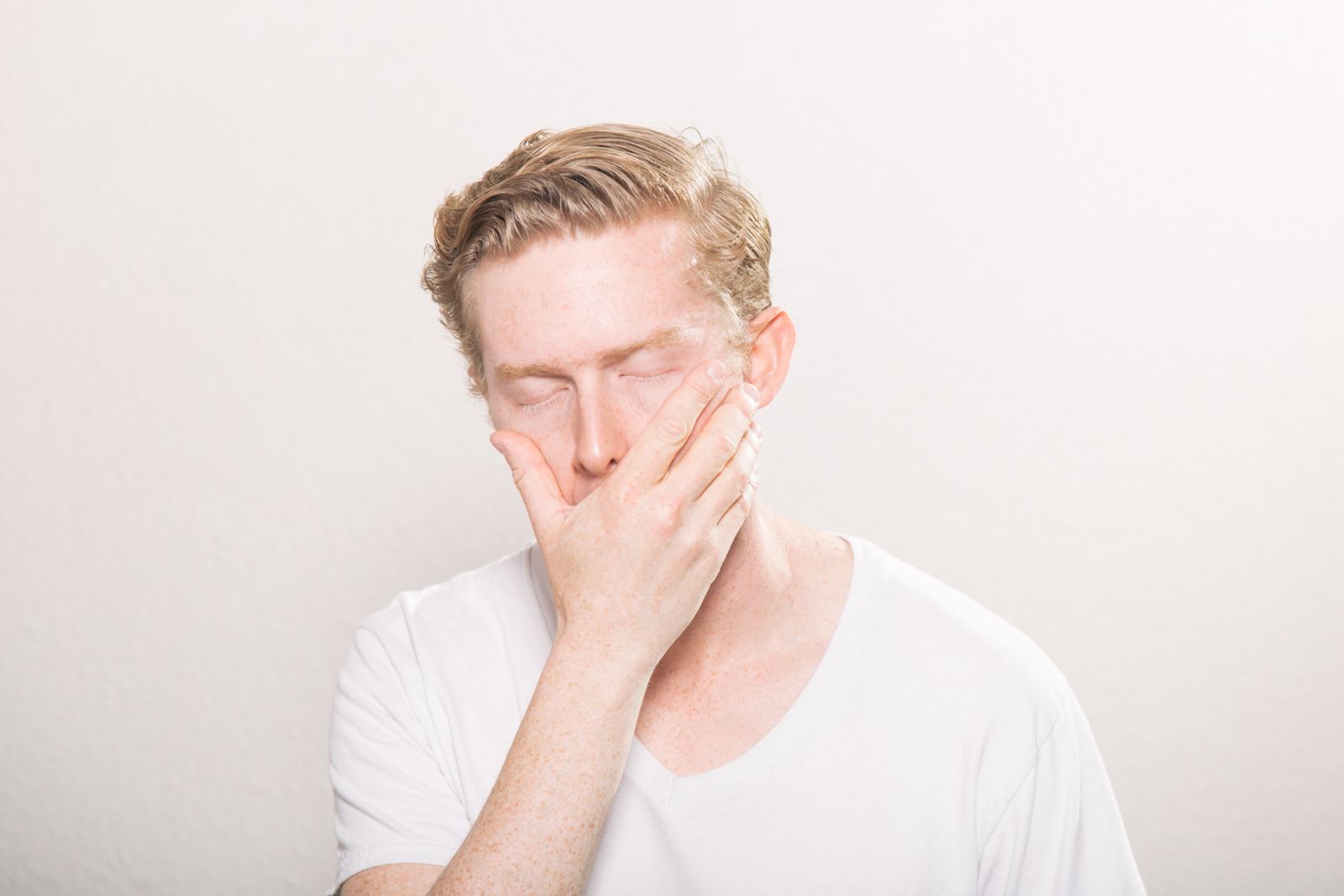 The most frustrating part of litigation, especially family law, is also the most difficult thing for attorneys to deal with and explain: how one party can behave unfairly and “get away with it,” even temporarily. Daily, we deal with opposing litigants who act outside the bounds of family law and social norms, and we help clients overcome exaggerated and outright false allegations. Our clients are understandably upset and have many questions when the other side files a motion or sends a letter containing false allegations not based on fact.

Lawsuits, by definition, are a clash of different perspectives. Consider the classic question: Is the glass half-empty, or is it half-full? Our language contains so many ambiguities that a single event witnessed by two people can be honestly perceived and described very differently simply by different word choices. The gap between perspectives widens when one side is dishonest or has a mental health issue. For example, in a case of violence, an attacker may insist that they are a victim if they cannot recognize due to dishonesty or mental illness that they were the aggressor and that the true victim was merely acting in self-defense.

Projection, or blame-shifting, describes a person who accuses others of an attitude or behavior of which the accuser is guilty but denies. For example, a habitually rude person may constantly accuse other people of being rude while denying being rude themselves. Blame shifting is a common occurrence in family law cases. Many times, when a spouse or parent accuses the other parent of bad behavior, the evidence will show that the accuser is guilty of the same or worse conduct.

The Burden of Proof

It can seem very unfair to have a mountain of uncontroversial, independent evidence supporting one’s claim then learn that the other side has filed a response denying everything. However, a person who makes a legal claim has an obligation, called the "burden of proof," to produce evidence in court that their contention is correct. The burden of proof comes with a risk: a risk of non-persuasion. Consider the extreme example of a mass shooter. Often the mass shooter is recorded on video and captured at the scene of the crime, holding a weapon and surrounded by empty bullet shells and the carnage of the evil act. However, in court the shooter is allowed to assert a plea of "Not Guilty," and if that happens, a trial is necessary and the government must prove the shooter's guilt beyond a reasonable doubt, at the expense of the victims who must relive the trauma and at the cost of the taxpayer, even though the whole world knows what happened. Every person in the United States has rights, including the right to an attorney and the right to a trial. Those rights come at a cost, including the expense of a lawsuit and trial even when the appropriate outcome may seem obvious. That is our system.

It may seem unfair to be wrongfully accused and have to endure trial for a criminal charge when everyone but the prosecutor can see that you are innocent. The United States Supreme Court says, "Bearing the discomfiture and cost of a prosecution for crime even by an innocent person is one of the painful obligations of citizenship."

There are many less extreme scenarios that can be very frustrating. A custodial parent who is owed child support may finally go to court to ask the other parent to be ordered to pay what is owed, and the owing parent may falsely claim, "The child lived with me that entire time." A spouse who needs support alimony may go to court to ask for help and the other spouse may drive up to the courthouse in a car with over a $1,000 a month car payment and claim, "I can't afford to pay alimony." I went to court to obtain emergency custody for a mother after the father had violently abused their son. At the emergency hearing, the father's attorney pointed her finger at my client, the mother of the abused child, and shrieked, "But she got a DUI three years ago!" as if the mother's past conduct excused the father from harming their child.

No matter how strong you feel your case is, you cannot take anything for granted. You must prepare your case to prove each aspect of the case beyond a reasonable doubt.

The Litigation and Discovery Process

Most lawsuits follow a similar arc or path from the beginning to resolution. That path can be interrupted by extreme behavior such as substance abuse or domestic violence. However, we have a process for handling cases from start to finish that applies in every type of lawsuit. Our process is a trial preparation process designed to move each case to successful resolution, and a big part of it is identifying, evaluating and organizing evidence for disclosure to the other side and for use in trial. Our philosophy for making evidentiary disclosures to our opponents is well-supported by the law. It is a show of strength, it helps set up the evidence for admission in court even when it is objected to, and in most cases it helps reduce and sometimes completely eliminate the client's expense in discovery.

Although there are state and federal requirements for making voluntary evidentiary disclosures, the concept is not taught in law school and most lawyers do not do it because of fear -- fear that by showing their evidence, they will somehow be seen as weak. Other lawyers do not do it simply because they really don't try a lot of cases and haven't thought about what will be necessary for the trial, and still other lawyers may desire to go through laborious discovery so they can bill their clients and generate a huge fee.

The only potential downside to our disclosure process is a temporary disadvantage in access to information. This is rare, but we know how to deal with it. We can force the other side to answer questions about the information they are withholding, and we can obtain information from third parties. In the unusual event that an opponent successfully obstructs access to necessary information, we can obtain an order that they cannot benefit in the trial from their obstruction. There is no upside to engaging in similar obstructive behavior. The best way to show bad behavior by the other side is to create a contrast between your behavior and your opponent's. If you begin withholding information just because they withhold it, you will lose any advantage gained from previous disclosures, and you may suffer adverse consequences as well.

How to Deal with High Conflict and False Allegations

Here are three tips for dealing with high conflict situations where the other side is spreading misinformation:

1. Get help. Individual therapy is critical. Litigation is expensive and stressful. Therapy can help you identify things about the situation that you can control and things about the situation beyond your control, so you can focus on the elements that you can control and be at peace with the unknowns and uncontrollable elements. Therapy is completely private, so you can talk about anything without worrying that it will be used against you in the lawsuit. Therapy will not completely eliminate the anxiety of a high conflict case, but it will help reduce your anxiety, and you will make better decisions as a result.

2. Stay focused. Set a reasonable goal for the outcome of the case, and make a plan to get there. Work on the things that you can work on, including preparing to testify, gathering your evidence, and taking the high road when the other side is playing dirty. By establishing a reasonable goal that is supported by the facts, you can stay focused on your plan without being distracted by the antics of a desperate opposing party who will say and do anything.

3. Use qualified professionals. Hire a lawyer that you can trust who is capable of taking the case all the way. Be wary of any attorney who guarantees you a specific outcome. If possible, hire a lawyer who limits their practice to your type of case rather than a "general practitioner." Important attributes of a qualified attorney include focused training for situations like yours, certification in the specific area of law, and trial and appellate experience. If your case needs expert testimony, don't cut corners to save money if you can help it.

Although the full range of bad behavior by a dishonest opposing party is not entirely predictable, an experienced, skilled trial lawyer can help you stay focused on the facts that matter. This means gathering your evidence early on and making your case as strong as possible. We treat every case as if the burden of proof is beyond a reasonable doubt. We put each case together and move forward, over and through the obstructive, deceptive behavior of the opponent. When the other side tries to mislead or distract the judge, we show how their misdirection is part of their refusal to recognize what really matters.