Voluntary disclosure of your evidence can lead to a successful outcome 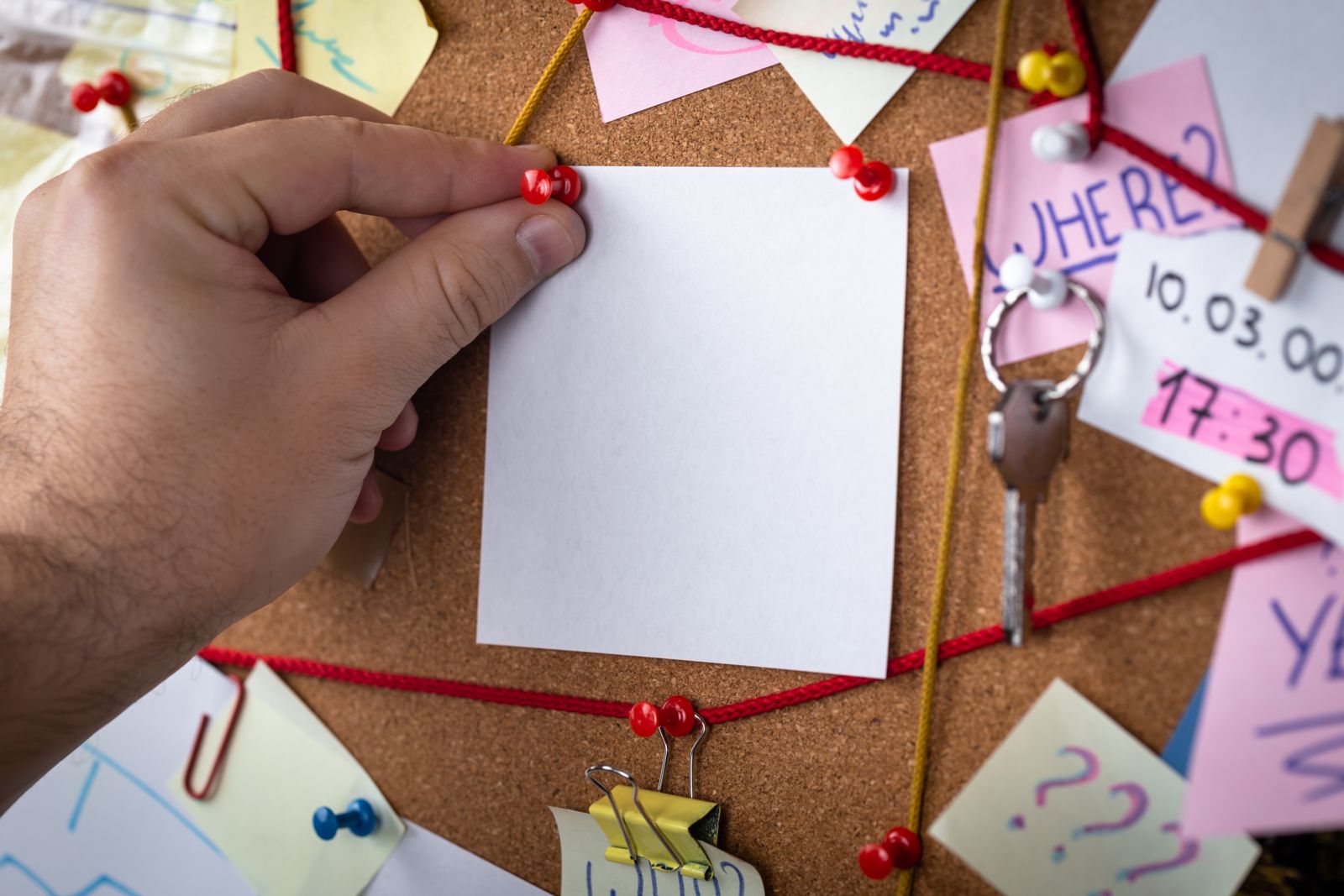 Take Advantage of the Relationships between Discovery and Evidence

Evidence for each case should be organized and prepared for disclosure to the other side. This principle is both expressed and implied throughout the rules of civil procedure and evidence. The federal rules of civil procedure require specific initial disclosures to be made even if the other party does not request it. F.R.C.P. 26. Oklahoma’s civil discovery rule has a similar requirement. Okla. Stat. tit. 12 § 3226. In divorce cases, each party must make financial disclosures to the other without awaiting a request from the other side for the information. Okla. Stat. tit. 43 § 110. Unfortunately, these disclosure requirements are too often overlooked or ignored, despite many potential benefits of early disclosure.

Avoid the Downside of Surprise

It may feel painful to even consider disclosing your best evidence early in the suit, but that pain is nothing like the feeling of that evidence being excluded from trial due to a legitimate claim of unfair surprise or lack of notice. Unfair or harmful surprise is an evidentiary basis for the exclusion of relevant evidence. Okla. Stat. tit. 12 § 2403. “Civil trials no longer are to be conducted in the dark. Discovery, consistent with recognized privileges, provides for the parties to obtain the fullest possible knowledge of the issues and facts before trial. Rozier v. Ford Motor Co., 573 F.2d 1332, 1346 (5th Cir.1978)."The aim of these liberal discovery rules is to `make a trial less a game of blind man's bluff and more a fair contest with the basic issues and facts disclosed to the fullest practicable extent.’” Id.” State ex rel. Prot. Health Services v. Bfc, 2007 OK CIV APP 24, ¶ 17, 158 P.3d 484, 489. Additionally, “[The Evidence] Code shall be construed to secure fairness in administration, elimination of unjustifiable expense and delay and promotion of growth and development of the law of evidence to the end that the truth may be ascertained and proceedings justly determined.” Okla. Stat. tit. 12 § 2102. Part H of Rule 5 of Rules for District Courts of Oklahoma includes the following concerning the final pretrial conference: “The participants at any such conference shall formulate a plan that will streamline the trial, including a program for facilitating the admission of evidence.” Odds are high that the other side is going to get a preview of your information -- indeed, each side is assured by the rules that evidence will be accessible before trial -- so use the rules to make that preview part of your foundation for the admission of the information into evidence, rather than risk exclusion or a penalty for bad behavior.

The Discovery Code has a special provision for questions about the identity and location of witnesses. When asked, we must provide a list of our witnesses, and we must supplement the list when we identify more witnesses. Despite the special provision, attorneys lose their mind and make ridiculous, bad faith objections to requests about witness identity. Most of those objections are a variation of, "Objection, this request is premature and will only be responded to in accordance with a scheduling or pretrial order." These objections beg the questions: What are you so afraid of? Do you know who your witnesses are? Do you know what they will say? Have you talked to them?

Notice of Out of Court Statements

Attorneys know that the rule prohibiting hearsay is subject to numerous potential exceptions. Several of the exceptions require advance notice to the other party in order to use the proposed out of court statement can be used at trial. For example, the business records exception requires that the party intending to offer the record gives notice of the intention to all adverse parties sufficiently in advance of the offer. Okla. Stat. tit. 12 § 2902(11). Certain statements by children may not be admissible unless advance notice is given. The exceptional circumstances exception likewise requires reasonable notice in advance of trial or during trial only if the court excuses pretrial notice for good cause. Okla. Stat. tit. 12 § 2804.1(C). Even where you have good cause to believe an out of court statement is non-hearsay, advance notice of intent to offer the out of court statement can help lead to a pretrial determination of the hearsay or non-hearsay nature of the statement in the event of a dispute about the statement’s admissibility.

Requests for admission are a powerful way to establish important foundational facts. Admissions can lay the groundwork for the pretrial conference plan and ultimately the admission of evidence for trial. For example, a request for admission that a doctor treated a person at a specific time may lay the groundwork for use of an out of court statement under the patient-physician hearsay exception. Admissions can help establish relationships such as agency or employment and lead to a favorable determination that an out of court statement is non-hearsay.  Admissions can also help with an early assessment of potential authentication problems as well as obstructiveness and game-playing by the opposing party. Part G of Rule 5 of Rules for District Courts of Oklahoma includes the following concerning Subjects to be Discussed at Scheduling and Pretrial Conferences: “3. the possibility of obtaining admissions of fact and of documents which will avoid unnecessary proof, stipulations regarding authenticity of documents, and advance rulings from the Court on the admissibility of evidence.” When the opposing party refuses to admit facts that they should, use the Discovery Code and the Rules for District Courts to initiate discovery conferences and alert the court to the pretrial issues. There are severe consequences for unreasonable refusal to admit a matter that should be admitted. Oklahoma’s Discovery Code provides a basis for fees if the genuineness of a document or the the truth of a matter is not admitted upon request but is later proven to be true by the party requesting the admission. Okla. Stat. tit. 12 § 3237(D).

To maximize the value and benefits of early disclosure, the policies and ideas behind disclosure should be emphasized in our offices. For voluntary disclosure to be an effective part of a civil practice, the client should be informed about the process, and witnesses, documents and other evidence that may be used at trial should be identified early on. As more information becomes available, the voluntary disclosure policy should be continued throughout the case.

No one else in my practice area does this, so why should I do it?
Is that a good enough reason? Why not do it? Contrast proactive evidence identification and production with the old school hide-the-ball tactics we've all encountered. Do discovery games add any value to any client's case? What risks are associated with spoliation and discovery hearings? Are you personally exposed to financial sanctions if you advise and encourage your client to hide evidence?
How do I justify this to my client when the other side is being deceptive and uncooperative?
It is true that the only potential downside is that you may not have an even playing field for some time in pretrial proceedings. Will your client be better served by engaging in deception just because the other side behaves badly? Ask yourself, how much money do you think your client wants you to spend pushing paper around that does not move the needle one iota closer to case resolution? Does your client benefit by working with you to gather evidence and prepare the case with the evidence accessible to you? Have you ever been dressed down by a judge for suspect behavior when the other side was the one engaging in truly bad behavior? Is it worth the risk?
What if I give advance notice of evidence and the other side files a motion in limine and the judge sustains the motion?
When do you want to know that the judge is skeptical of your evidence: before trial or during trial? Could a challenge to your evidence help you: a. rethink the evidentiary strength of your case, b. find a new angle for admission of the evidence, or c. think outside the box for other evidence to prove the same point? Don't the pretrial rules require evidence to be exchanged so the attorneys can work through admissibility issues before trial anyway?

Voluntary disclosure helps shape the narrative of the case. To make effective advance disclosures, it is fundamental that you must know what the evidence is and have possession of the evidence. Early in the case, even in your first meeting with a new lead or client, start a preliminary list of witnesses and exhibits. This is the essence of being prepared. Voluntary disclosure thus signals that you have prepared and are working the case. Where one side is out-preparing and outworking the other, voluntary disclosure is a show of evidentiary strength: your side of the case is supported by evidence. Sometimes, but not always, opposing counsel will reciprocate and make disclosures. When this happens, both sides are better informed to negotiate and explore settlement. Since the Discovery Code and pretrial rules virtually assure that the evidence will be revealed in its entirety at some point anyway, disclosures help avoid the costly penalties associated with discovery games and spoliation claims. Many discovery disputes that make it to the courthouse involve finger-pointing and blame-shifting by both sides. When the other side is being obstructive, advance voluntary disclosure can eliminate the other side's ability to complain in kind. With advance planning and preparation, disclosure can lay the groundwork for informed negotiation and settlement, and, where trial is necessary, for the successful presentation of evidence to the trier of fact.
Be the first to comment!
Post a Comment