The 5th Amendment and Family Law 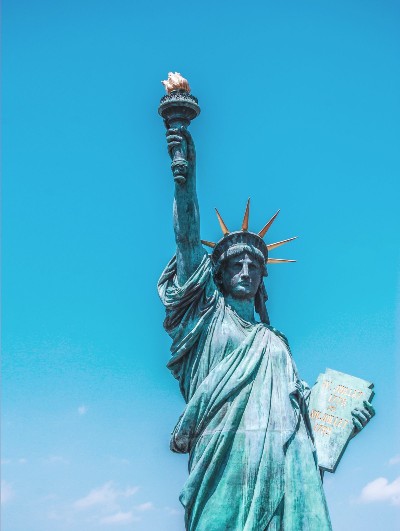 The United States Constitution protects every person from having “to be a witness against himself.” This is known as the privilege against self-incrimination, or “pleading the 5th.” The Fifth Amendment privilege extends to statements that would by themselves support conviction of a crime as well as to statements which might furnish a link in the chain of evidence needed to prosecute the individual. A person can assert their Fifth Amendment privilege against self-incrimination to protect themselves even when no charge has been filed against them.

The Difference Between Asserting the Privilege

In criminal cases, you are allowed to “plead the Fifth” and stay completely silent and it cannot be used against you. This is one of the ways that criminal cases are very different from civil cases. In civil cases, such as divorce cases or protective orders, you can still assert your Fifth Amendment privilege if necessary, but the judge or the jury is allowed to assume that “pleading the Fifth” means something bad for you. This is called an adverse inference.

Oklahoma does not have a lot of law on the consequences are for asserting the privilege against self-incrimination in civil cases. The law that Oklahoma has comes from family law, in a parental rights case. In that case, the Oklahoma appellate court cited a Colorado case and said,

Failure of a party who is present at the trial to answer questions based on the privilege against self-incrimination raises a strong inference that the answers would have been unfavorable and damaging to him, and comment to that effect is proper.

There are other differences between criminal and civil cases. Another big difference with potential ramifications for a 5th Amendment claim is in discovery. In Oklahoma divorces, child custody cases and protective orders, each side can send the other side discovery questions to answer under oath, and each side can require the other side and witnesses to appear and answer questions under oath in a deposition. Also, usually these cases involve interlocutory or temporary order hearings, which are mini-trials involving specific issues, such as emergencies.

The prospect of answering questions under oath means that anyone who is accused or who may be accused of a crime needs to think about whether they will “plead the Fifth” or not. Why? Some states and federal courts have expressly addressed the situation where someone pleads the Fifth in discovery, then at trial wishes to change their answer and not plead the Fifth so they won't look bad. The general rule is that if you plead the Fifth in discovery, you cannot change your answer later and waive your Fifth Amendment privilege at trial. So, if you plead the Fifth in discovery, whether in writing or in a deposition, you may be stuck with your answer, even if you didn’t do anything wrong. So, you may have to chooose: assert your Fifth Amendment privilege early and stick with it, or answer all questions from the very beginning and deal with the consequences, including potential criminal investigation and arrest.

Assessing Whether or Not to Plead the Fifth

A large part of considering whether or not to assert the Fifth Amendment privilege against self-incrimination is about risk-assessment. If a protective order has been filed against you or if a divorce or family law case has been filed accusing you of domestic violence or child abuse or neglect, then you have been accused of criminal activity. Many family law attorneys are afraid of criminal cases and cannot or will not represent or even advise their clients about things like the Fifth Amendment or potential criminal charges or consequences. We are family law attorneys who are active, involved members of the Oklahoma Criminal Defense Lawyers Association (OCDLA) and the National Association of Criminal Defense Attorneys (NACDL). Our attorneys have attended the NACDL’s annual Defending Sex Crimes training on multiple occasions, and we know the laws involving the intersection and interplay between family law and criminal law. While most attorneys have no training or education on discovery, each of us have received special training for discovery and depositions from the National Institute for Trial Advocacy. If you are involved in a protective order, or if you have been accused of a crime in a family law case, do not say anything other than, “I want to talk to my lawyer,” and give us a call. We assure you that asking to talk to your lawyer cannot be used against you, and we can help you decide whether to plead the Fifth or not.